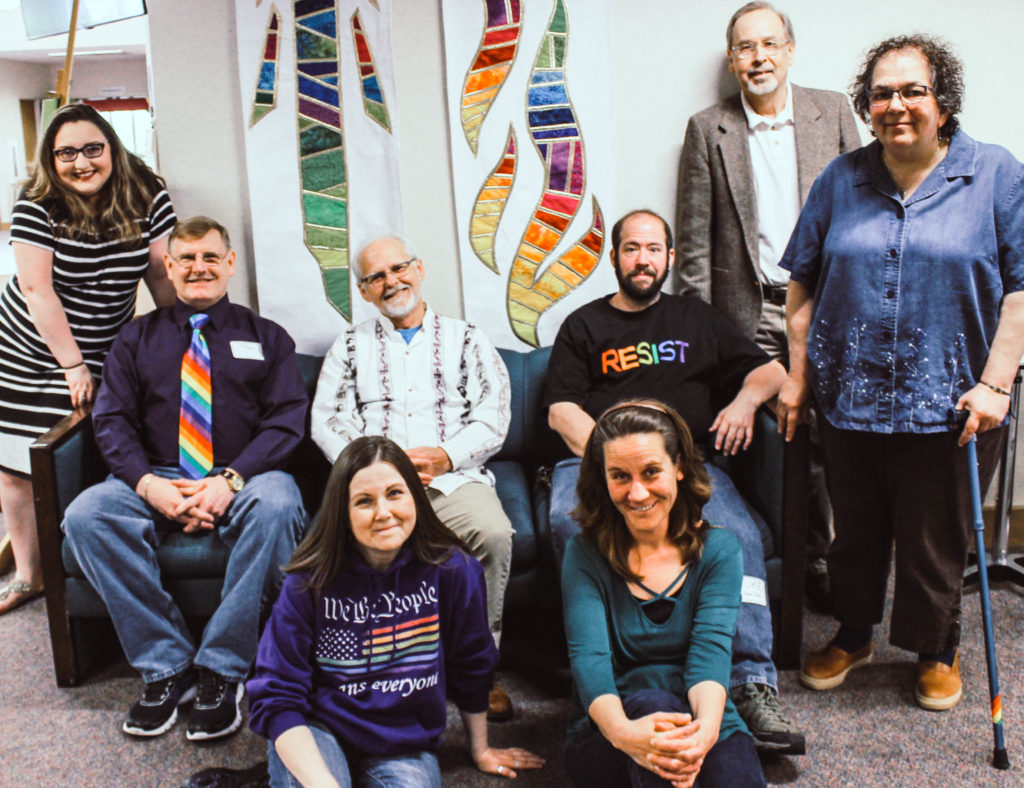 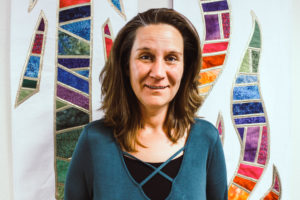 DANA | President | She, Her pronouns

I am a transitioning service member preparing to retire from the Army and moved to Washington State in 2009.  I grew up in Indiana but will remain here in Washington State after my retirement.  I have and am very proud of my gay Son who came out his freshman year in high school.  I feel a sense of pride being involved with PFLAG Olympia and knowing we are educating and promoting acceptance.

My favorite thing about PFLAG is that it is an extended family that is supportive and accepting and always willing to reach out to those family and friends of LGBTQIAA that are having difficulties accepting or need help in understanding.

DIANE | Secretary | She, Her pronouns 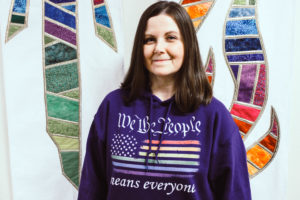 I have lived in the Olympia area since I was 12 and wouldn’t want to live anywhere else. My daughter, my only child, is a lesbian. My brother, my only sibling, is gay. I love them more than anything, and I think they have a lot of support here.

My favorite thing about PFLAG is that it was started by a Mom. She didn’t start something on purpose, she was just being a Mom, supporting and loving her son. Jeanne Manford is one of my heroes. 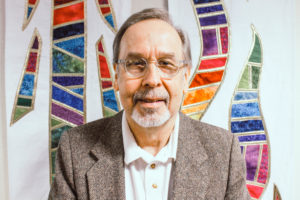 LARRY| Treasurer| He, Him pronouns

Retired after 33 years as a cog in the wheels of DSHS, I am now happy to have the time for some meaningful social activism. Many people have never heard of PFLAG, and that included me until my stepdaughter came out to her Mom and me almost nine years ago. I currently serve as Treasurer of PFLAG Olympia.

Things in general have changed much in the last 15 years, but then again hardly at all for some, depending on your own particular social milieu.  I find it astonishing and sad that up to 40 percent of homeless youth today are LGBTQ, many of them homeless because they have been rejected or feared rejection by their own immediate family. There is still so much to be done before everyone can feel truly safe inside their own skin, living their lives with full acceptance.

But time is on our side. I used to enjoy the little joke about, “Old age and treachery will win over youth and skill!” That’s sometimes true, but not for long. The vast majority of young people, even those with generally conservative values, believe that LGBTQ folks deserve full equality in our society. No one, not even the U.S. Supreme Court, will be able to hold back this tide.

My favorite thing about PFLAG is that it is an instrument for social change, but in the most organic, gentle fashion. Telling your own story in a heartfelt, honest way is the best, and maybe the only way to overcome ignorance, bigotry, and narrow-mindedness.  We try to offer support to new people who are starting out on the same path we found ourselves on in years past. 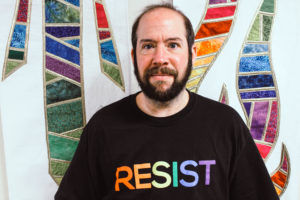 LUKE | Board Member | He, Him pronouns

Lucas Scott Miller is a gay transman from the East Coast who has lived in WA for 13+ years. He is on the board of Mpowerment-WA, Partners in Prevention Education (PiPE) and the Capital City Pride Planning Committee, as well as PFLAG Olympia. He is a facilitator for Pizza Klatch, president of the Trans* Advocacy Group of Olympia and host of the TCTV show “T-Time in Olympia”. He does advocacy work because, even in 2016, it still needs doing.

His favorite thing about PFLAG is that they actually have their act together. 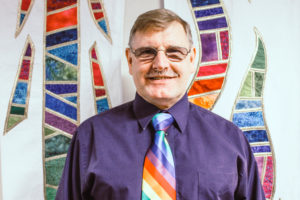 I have been a member of PFLAG for over a year.  I am Tom Bush, a gay man and am partnered with Allen for 15 years.  I have my titles:  Registered Nurse, Captain Retired from the Air Force and now elected to the PFLAG board as Faith Community Liaison.  I also am on the Kaiser Permanente Pride of WA board and on the Westminster Presbyterian Church Committee for Mission and Fellowship.

I grew up in the Assembly of God Church and was told that being gay was a sin.  I struggled with this for nearly half my life, hiding my gay feelings and praying that God would take this away.  I got the courage to talk with a counselor at the church.  They told me it was a sin and that I needed to change.  I was referred to an ex-gay ministry but after 6 months left depressed with no concrete answers.  I found another group called Evangelicals Concerned, a gay bible group.  They showed me that being gay and Christian was possible.  I began to feel God’s presence again.

I dated a wonderful man, Joe who encouraged me to become an RN and retire from the Air Force.  After 11 years together, he committed suicide.  I was devastated and became suicidal myself.  I knew within that I needed help.  I met with a psychologist for over a year and was able to find stability again.  God, my friends and family were my lifeline through this dark time.  I eventually met Allen and life has been restored to me.  Now, I want to reach out to others in turmoil and show them that it is a reality that God truly love us and wants a relationship with everyone, especially the LGBTQ community.

My favorite thing about PFLAG is meeting and getting to know the extraordinary people who attend.  These people have an open and affirming heart of acceptance and understanding of the struggles facing the LGBTQ community.  I am privileged to hear their many struggles to be able to come to terms of who they truly are, and accept themselves as they have been created. 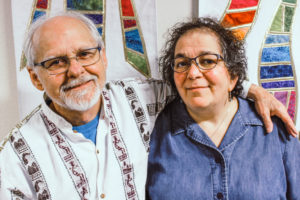 ALEC & GABI| Website, Email & Newsletter | He, Him / She, Her pronouns

We are no longer on the board but continue to do the website, alert list and newsletter, and we are honored that we were invited to be included here. We first came to PFLAG after our son Bill committed suicide following a gay bashing in May of 1995, and we have been active members since. We served on the board for more than 10 years and have been gratified to be a part of PFLAG-Olympia’s growth and maturity in adapting to changes in society while never losing sight of our mission of support, education and advocacy.

Alec is a novelist and freelance journalist. Gabi is web/graphic designer, editor, counselor and co-manager of the Friends Ugandan Safe Transport Fund project. Her “day job” is office manager at Interfaith Works. Together we run Mud Flat Press and ClaytonWorks design, etc. company.

Our favorite thing about PFLAG, as so many have stated, is that it is family —family of choice. The love and support we have received over the past two decades from the LGBTQ community at large and from PFLAG in particular has been phenomenal. 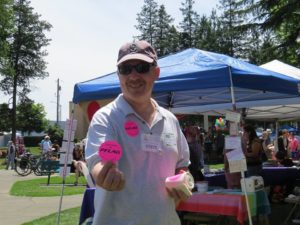 IN MEMORY OF STEVE MAST | Board Member

PFLAG supporter, dad and board member – 2014. In 2015, PFLAG Olympia created an advocacy award in his honor. Learn more here.